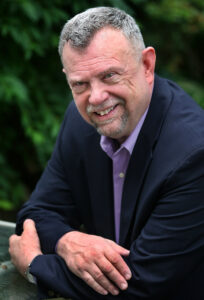 Daniel J. Miller enjoys a varied musical career as a collaborative pianist, vocal coach, and church musician throughout the region.  In addition to serving as the accompanist for the Blue Ridge Singers since 2011, he has served as a choral accompanist at Shenandoah University where he has worked with Robert Shafer, Karen Keating, and Matthew Oltman.  He is a freelance accompanist at Shenandoah, playing for studio lessons, recitals, and other student performances.  In addition, Mr. Miller is a coach/accompanist on the faculty of the Washington National Opera Institute at American University, an intensive summer program for high school students interested in operatic careers.

Mr. Miller holds several degrees from Shenandoah Conservatory, including Master of Music degrees in Collaborative Piano and in Church Music, as well as the Bachelor of Music Education degree.

Mr. Miller has collaborated with many area choral organizations such as Hagerstown Choral Arts, the Masterworks Chorale in Shepherdstown, West Virginia, Winchester Musica Viva, the Valley Chorale of Front Royal, and others in the D.C. metro area.  He has performed with the Piedmont Symphony, the Loudoun Lyric Opera and the Hub Opera Ensemble.

As a church musician for many years, Mr. Miller has held many positions in Virginia, Maryland, Pennsylvania and Washington, D.C.  He currently serves as Director of Music Ministries and Organist at Trinity Episcopal Church in Upperville, Virginia.